Lead Yourself First & Through Relationships with Mike Erwin

Join us for a 2 program series on leadership through solidarity & our external relationships.

MIKE ERWIN is an enthusiastic, grateful and optimistic leader who was born and raised in Syracuse, NY.  He has dedicated his life to serving the nation and empowering people to build positive relationships and become more resilient.  Mike lives on a 32 acre Homestead outside Fort Bragg, North Carolina, with his wife Genevieve and their 5 children; Eli, Adelaide, Therese, Matthias and Zelie.

Mike is the founder & CEO of The Character & Leadership Center and has worked with companies including Amazon, SAP, and Stryker; Special Forces units; and professional sports teams including the Boston Celtics and the NJ Devils.  He is  co-author of LEAD YOURSELF FIRST by Bloomsbury Press (2017). The book focuses on how solitude strengthens people?s character---and their ability to lead with clarity, balance and conviction.  He is working on his next book, LEADERSHIP IS A RELATIONSHIP, that will unpack his graduate school thesis research about the intersection of character strengths and leadership.


A 2002 graduate of The U.S. Military Academy at West Point with a Bachelor of Science degree in Economics, Mike was commissioned as an Intelligence Officer, serving in three combat tours with the First Cavalry Division and 3rd Special Forces Group (Airborne). His service includes deployment to Operation Iraqi Freedom in 2004-2005---that involved the Battles of Fallujah and Najaf.  Mike also deployed to Kandahar, Afghanistan, in support of Operation Enduring Freedom in 2006-2007 and 2009. He earned two Bronze Star Medals from these tours.

Following his third deployment, Mike attended the University of Michigan from 2009-2011, where he earned a Master?s degree in positive psychology and leadership under the tutelage of the co-founder of positive psychology, Dr. Chris Peterson.  While a graduate student, he founded a non-profit organization named Team Red, White & Blue (Team RWB), whose mission is to enrich the lives of America?s veterans by connecting them to their communities through physical activity. Mike led Team RWB until 2013 before stepping back to focus on his role as board chair.  In November 2019, he returned to the Executive Director role where he currently leads the organization?s 232,500 members and 192 chapters.

In 2015, Mike co-founded the Positivity Project---an organization with the mission to empower America?s youth to build positive relationships.  With 672 partner schools, the organization reaches 395,000 children daily.  He served as Executive Director for four years and remains the chairman of the board.  Mike also serves as the founding board chair for Father Vincent Capodanno High School, a private, independent Catholic school outside Fort Bragg, NC.  Community service, character and leadership development are integral to the school?s model, accounting for 30% of students? GPA.

Mike continues to proudly serve the nation as a Lt. Colonel in the U.S. Army Reserves, assigned to the United States Military Academy at West Point, where he is an Assistant Professor assigned to the Behavioral Sciences & Leadership Department. 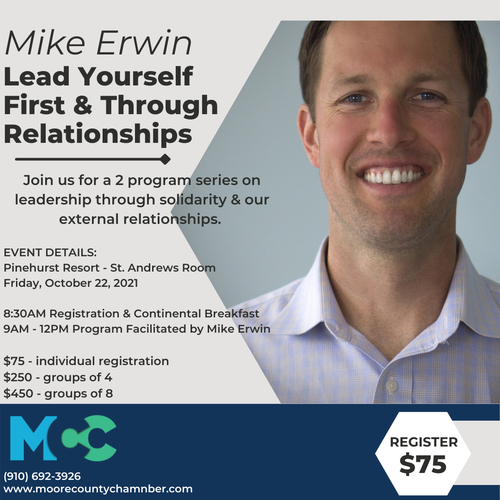